Following a demonstration on the 29th of January the University of Birmingham suspended five students. Today they withdrew the suspensions of three out of the five, under the threat of judicial review by solicitors representing the suspended students. The five have now been suspended for three weeks, and it looks likely that the remaining two students will be suspended for the rest of the year. The suspensions are given out before students have been found guilty of any offence, and there is no right of appeal against them. All five of the students are going to be subject to disciplinaries from the university that could lead to expulsion. The suspensions have been condemned by a petition of over 5700 people, and in a letter to the Guardian whose signatories include Noam Chomsky, Ken Loach, and Claire Short. 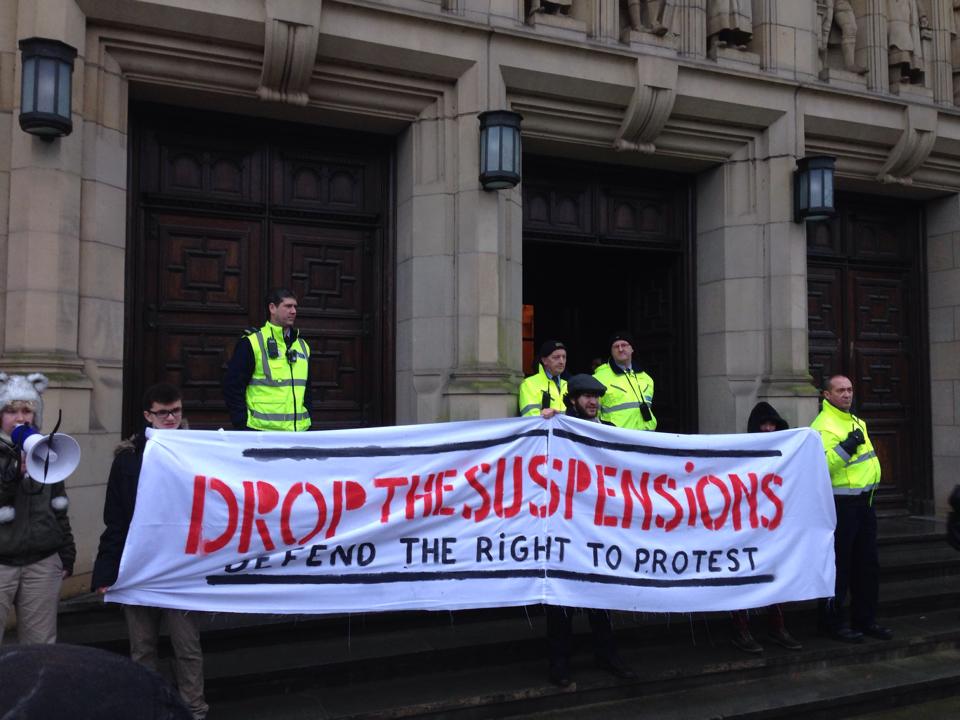 Deborah Hermanns, one of the three reinstated students, said:

“I am delighted to be re-instated but I am extremely upset to have missed three weeks of my degree as a result this suspension. This has been immensely stressful for me, particularly because the University refused to give me any opportunity to challenge their decision. We were accused of participating in a demonstration with over 400 other people, yet just five of us were suspended. The University is now singling out just two. We believe that certain students have been targettted in order to deter others from challenging the policies of the University.”

Simon Natas of ITN Solicitors, who represented the students, said:

“Universities are public bodies which are obliged to uphold and protect freedom of expression and freedom of assembly. It is very important that they do not use disciplinary proceedings in ways that threaten these fundamental rights. The suspension of a student who has not been found guilty of any wrongdoing is an extreme measure which could all too easily have this effect. Today’s developments are welcome but we encourage the University to lift all the suspensions”.