Two students have been suspended from University of Birmingham for their involvement in an occupation in the autumn term. Simon Furse (22) and Kelly Rogers (22) have been suspended from their course until March 2015. Hattie Craig (21) was given a formal reprimand and a de facto ‘suspended sentence’ warning her of immediate suspension should she breach any university regulation. All were put through a panel which ended on 23rd June, but have had their outcomes withheld until today.

In an unprecedented move, University management intervened during the hearing and issued a recommendation to the disciplinary panel that one of the students, Simon Furse, be expelled. This would have been the first protest-related expulsion from a British university since 1974. The University recommended that Kelly Rogers be suspended for a full year, while Hattie Craig had a recommendation of 6 months.

The occupation was in relation to a set of ten demands, including that staff should be paid a living wage and the university should stop lobbying for fees to be increased. Since the occupation two of the demands have been achieved: the university have agreed to pay Living Wage for the next two years and have stopped fee waivers. The students were found guilty of a number of minor charges which in the past have warranted only a reprimand.

Simon Furse said “I have been suspended from the university despite the fact that the only evidence against me is a twenty second video of me telling other protesters that they can go into a peaceful occupation. The protest was peaceful and lawful, but the university can just set up its own Kangaroo Court and do what it wants. University management have clearly decided that they don’t want any more protests against their policies, and have decided to victimise us to try and deter others from voicing dissent.”

Kelly Rogers said, “We protested peacefully to call for a better education for ourselves and future students, and for better working conditions for staff at the University. As a result, we have been punished for expressing our right to freedom of protest and freedom of speech. These rulings are vastly disproportionate and came as a massive shock”.

The 3-day hearing followed a 7 month disciplinary process, which we consider to have been politically motivated and lacking in impartiality. The disciplinary hearings themselves were marred by a failure to observe basic principles of procedural fairness. For example:

The students have noted each instance of unfairness and failure of due process. They are actively considering all avenues of appeal, including a challenge in the High Court.

Simon Furse at a protest 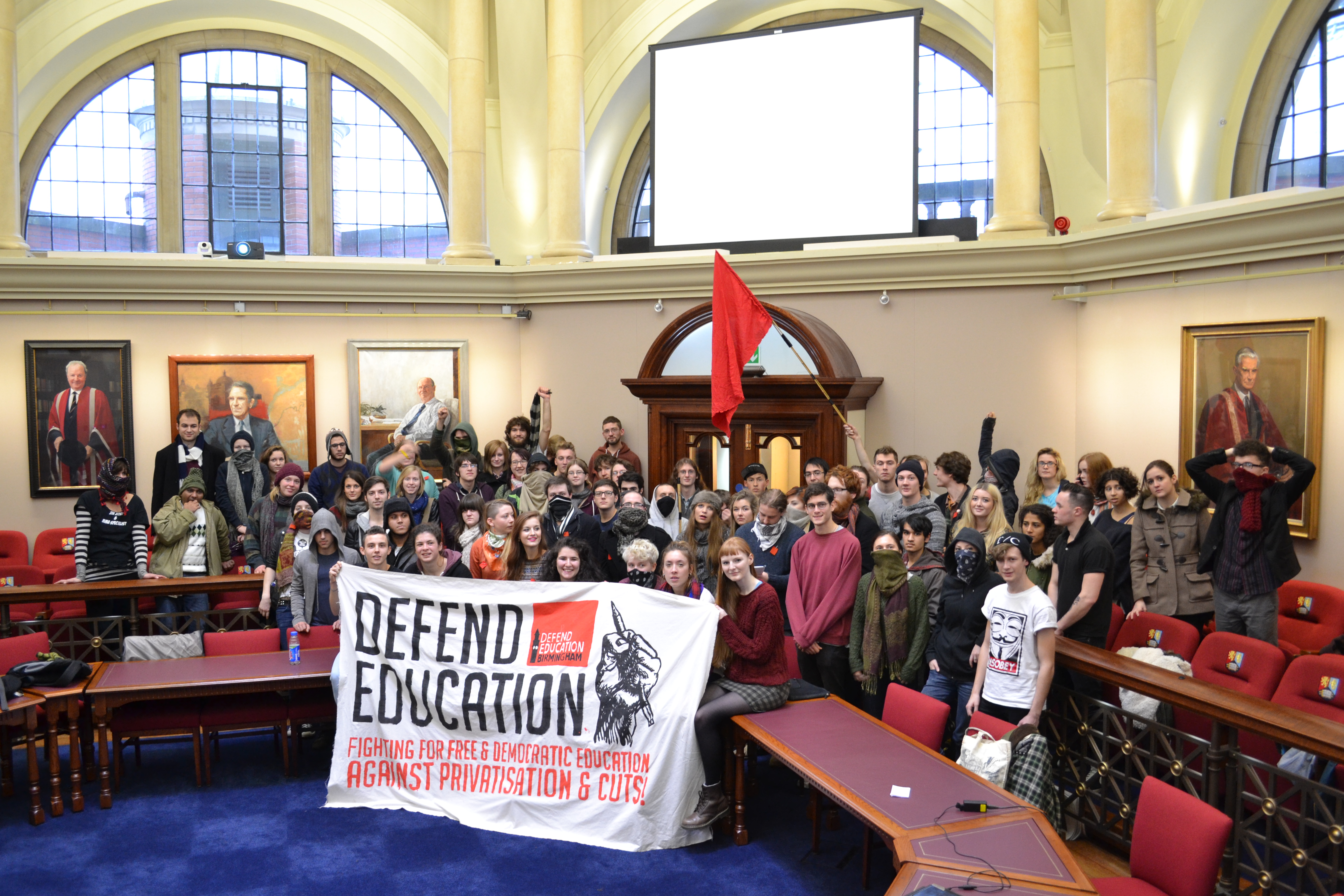 The occupied Senate chambers in December 2013

Students at a demonstration against recent suspensions (March 2014)

Kelly Rogers at a protest